How the Potato Changed the World - 8/26homework
The Columbian Exchange
Colonial Advertisement
Hannah Duston Article
Mercantilism and Salutary Neglect Summary
French and Indian War Reading and Questions - 9-12-19
**** I did not create the above document - if you are a teacher and want credit or do not wish for me to use it, please let me know - pscruggs@wcpss.net
Read the Online Text below and watch the Khan Academy video before Wednesday 10/3 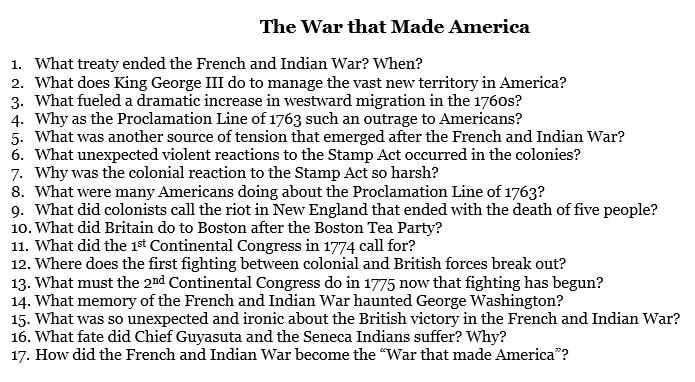 But the question is, Did John Brown fail? He certainly did fail to get out of Harper's Ferry before being beaten down by United States soldiers; he did fail to save his own life, and to lead a liberating army into the mountains of Virginia. But he did not go to Harper's Ferry to save his life. The true question is, Did John Brown draw his sword against slavery and thereby lose his life in vain? and to this I answer ten thousand times, No! No man fails, or can fail who so grandly gives himself and all he has to a righteous cause. No man, who in his hour of extremest need, when on his way to meet an ignominious death, could so forget himself as to stop and kiss a little child, one of the hated race for whom he was about to die, could by any possibility fail… If John Brown did not end the war that ended slavery, he did at least begin the war that ended slavery. If we look over the dates, places and men, for which this honor is claimed, we shall find that not Carolina, but Virginia--not Fort Sumter, but Harper's Ferry and the arsenal--not Col. Anderson, but John Brown, began the war that ended American slavery and made this a free Republic. Until this blow was struck, the prospect for freedom was dim, shadowy and uncertain. The irrepressible conflict was one of words, votes and compromises. When John Brown stretched forth his arm the sky was cleared. The time for compromises was gone--the armed hosts of freedom stood face to face over the chasm of a broken Union--and the clash of arms was at hand. The South staked all upon getting possession of the Federal Government, and failing to do that, drew the sword of rebellion and thus made her own, and not Brown's, the lost cause of the century.